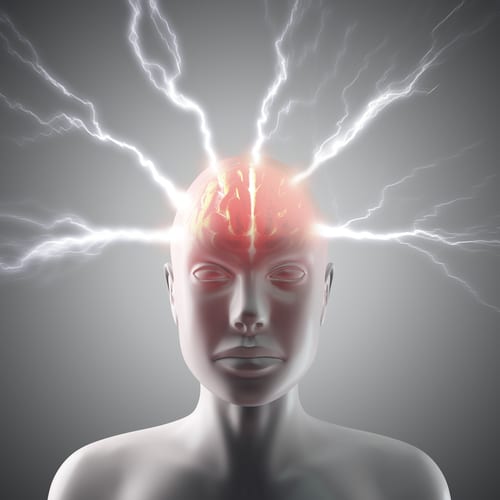 The vast majority of my caseload consists of patients with spinal impairments, and most of these are patients with neck pain.  Many of these people have been in motor vehicle accidents and  have complaints of headaches and dizziness.  Kristjansson states that “cervical induced dizziness is characterized by subjective complaints of unsteadiness, insecurity and lightheadedness. Some patients also complain about a feeling of … ‘spinning in their head.’”1,2,3  This is a question that I have begun asking my patients that are dizzy:  Do they experience spinning in their head? (indicating a cervicogenic origin) or is the room spinning? (indicating more of a vestibular impairment).2,4

Oculomotor disturbances can also occur with neck pain.  Patients can present with complaints of “symptoms relating to the visual system such as blurred vision, reduced visual field, grey spots appearing in the visual field, temporary blinding, photophobia, and disordered fusion.” 1,5,6  However, “diplopia, which is common in patients with vertebrobasilar insufficiency, is rare in somatic neck dysfunctions.” 5

I have found that I can gain useful information that guides my treatment in cases of chronic pain or patients who have been in an MVA by utilizing the following tests.

Smooth Pursuit — The patient is asked to smoothly follow a slow-moving target with the eyes while keeping the head still.  Kristjansson suggests moving the object horizontally; however, I usually test horizontal, vertical, and diagonal directions.1  According to their deficits, I use this information in developing a HEP for the patient. Quick saccadic eye movements to catch up to the target rather than smooth eye movement, especially during midrange eye movement, are an indication of impairment in the task.7 Reproduction of dizziness and blurred vision may also occur.  Deterioration of eye follow (increase in catch-up saccades), when the patient’s trunk is subsequently turned to 45 degrees (in either direction), while the head is kept still, suggests a cervical afferent component to the deficits as seen on the Smooth-Pursuit Neck Torsion Test (SPNTT).8 If a poor performance is noted when the head is in neutral, and is unchanged by adding neck torsion by rotating the trunk 45 degrees, this would imply CNS disorder.9

Gaze Stability — The patient is asked to focus on a point directly in front of them and then moves the head horizontally, vertically, and in diagonal directions.  I will take note of the patient’s deficits and where they are in the ROM when deficits occur.  This provides information that can be compared at a reassessment.  I am also looking at their ability to perform the ROM correctly.

Per the article:  Patients may “deviate into cervical lateral flexion.  Reproduction of dizziness and / or blurred vision may occur.  This is similar to the dynamic visual acuity test used for those with vestibular disorders; however, head movement is performed actively and slowly rather than passively and quickly.  This approach is better suited to cervical-related gaze disorders, as the cervical afferents are stimulated at lower movement frequencies compared to fast movements that stimulate the vestibular afferents (references).”9

Saccadic Eye Movement — Two targets are placed in front of a patient.  The patient is then asked to move their eyes quickly between the targets.  Take note of deficits.  Again, I test horizontally, vertically, and in diagonal directions.  I have noted clinically that my patients with deficits in the upper cervical area will have difficulty with the upward diagonal patterns on the side of their dysfunction.  “Inability to fixate on target, overshooting the target, and taking more than 2 eye movements to reach to the target might indicate a poor performance.  Again, reproduction of dizziness and or blurred vision may also occur.”9

Eye-Head Coordination — Using the same two targets used with saccadic eye movement,  the patient will look at a target first moving their eyes, then move the head even with the target.  Again, I test in all directions:  horizontal, vertical, and all diagonal directions.  “Often, patients with neck pain are unable to keep their head still while their eyes move or lose focus during the head movement.”10 Clinically, this will also reproduce the patient’s dizziness and / or blurred vision.

I incorporate these tests during my upper cervical evaluation in order to gather more data and in order to reproduce my patients’ symptoms.  These tests assist me in educating my patients on their symptoms, which in turn, helps to decrease their anxiety about them.