Methods: A total of 135 patients between the ages of 18 and 75 years (mean age 39.4 ± 8.1 years) who underwent Achilles tendon repair within 1 week of injury were randomly placed into either an early functional mobilization group or a standard treatment group. The early functional mobilization group included immediate postoperative weight bearing and active ankle motion in a dynamic orthosis. The orthosis was initially set to 15 to 30 degrees of plantar flexion with weight bearing as tolerated. At 2 weeks, the range of motion was increased to 5 to 30 degrees of plantar flexion for the following 4 weeks, and full weight bearing was allowed. Patients in the early functional mobilization group were encouraged to perform unloaded plantar flexion exercises immediate postoperatively for 1 hour per day without the orthosis. Patients in the standard treatment group included 2 weeks of non-weight bearing in a below-knee plaster cast, followed by 4 weeks of weight bearing in an orthosis that was fixed at the ankle joint. At 6 weeks the orthosis was discontinued in both groups, and patients were advised to wear normal shoes with a heel lift on the injured side for an additional 4 weeks. Patients completed 5 self-administered questionnaires at 6 and 12 months postoperative-ly, which included the Achilles tendon Total Rupture Score, Physical Activity Scale, RAND 36-Item Health Survey, Foot and Ankle Outcome Score, and the Tampa Scale of Kinesiophobia, Swedish version. The Mann-Whitney U test was used to compare differences between groups in the outcome questionnaires. A paired Student t test was used to comparisons between heel rise variables at 6 and 12 months postoperatively

Conclusions: An accelerated postoperative protocol involving immediate weight bearing as tolerated and active ankle motion following Achilles tendon repair resulted in significantly higher outcome scores on general health and wellness at 6 months when compared to the control group. Early functional mobilization did not seem to negatively affect heel rise function. Future studies should focus on the ways in which the risk of deep venous thrombosis can be reduced to improve patient outcomes after Achilles tendon repair.

IAOM-US Comments: Prior to this study by Aufwerber et al, few studies have allowed loading in combination with ankle motion immediately after Achilles tendon repair. The goal of early functional mobilization following Achilles tendon repair is to minimize long-term calf muscle atrophy, decrease the risk of deep venous thrombosis, and improve tendon recovery. As the author mentioned, whether or not immediate postoperative weight bearing affects the degree of tendon elongation in the short and long term has not been well established in previous studies.

The IAOM-US advocates the return to early functional movement following surgical procedures, such as Achilles tendon repair, when the evidence supports its safety and appropriateness for long term successful functional outcomes. As this study indicated, early functional mobilization following Achilles tendon repair resulted in greater health benefits and vitality, which is beneficial for physical healing and physical, mental, and emotional well-being.

Clinicians must also consider how to assist those patients who may in fact have functional strength deficits following Achilles tendon rupture. What should we do in these cases that do not have optimal functional outcomes? Persistent deficits after Achilles tendon rupture may include significant strength and functional impairments at 2 years, regardless of operative or nonoperative treatment.4 In cases such as these, blood flow restriction training following nonoperative or operative care has been shown to effectively increase plantar flexion strength and power gains, as well as Achilles tendon stiffness, allowing the patient to achieve their desired functional outcomes.(5-6) (Figure 3)

Future studies should examine the effects of blood flow restriction training in the early phases of rehabilitation following Achilles tendon repair in conjunction with early functional mobilization. Blood flow restriction training allows for strength improvements when higher loads are not attainable or are contraindicated due to surgical precautions, and therefore, may be an effective way to enhance plantar flexion strength with-out loading the Achilles tendon in its early stages of healing following repair 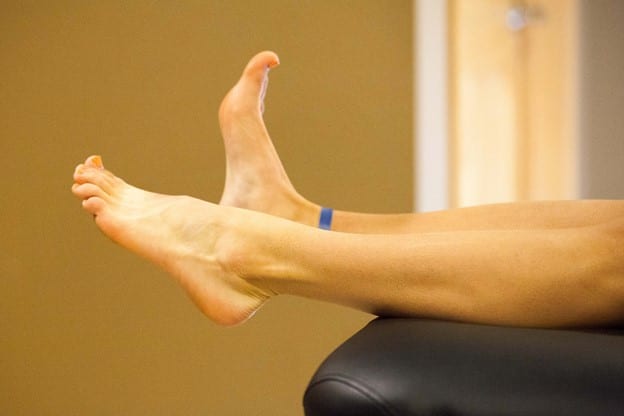 Figure 1: Patients in the early functional mobilization group were encouraged to perform unloaded plantar flexion exercises immediate postoperatively for 1 hour per day without the orthosis. 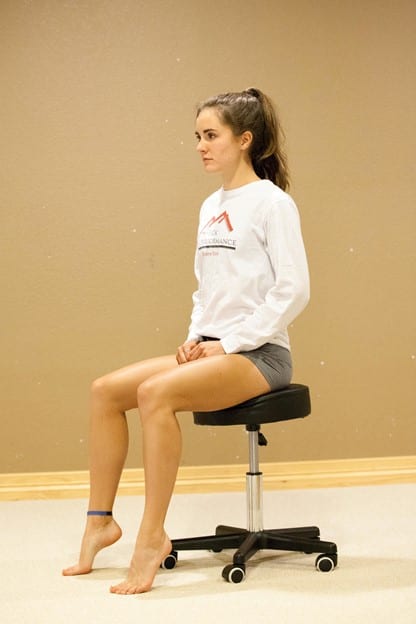 Figure 2: An accelerated postoperative protocol involving immediate weight bearing as tolerated and active ankle motion following Achilles tendon repair results in significantly higher outcome scores on general health and wellness at 6 months when compared to the control group. Plantar flexion exercises are progressed from an unloaded supine position to a seated position for a gradual increase in loading. 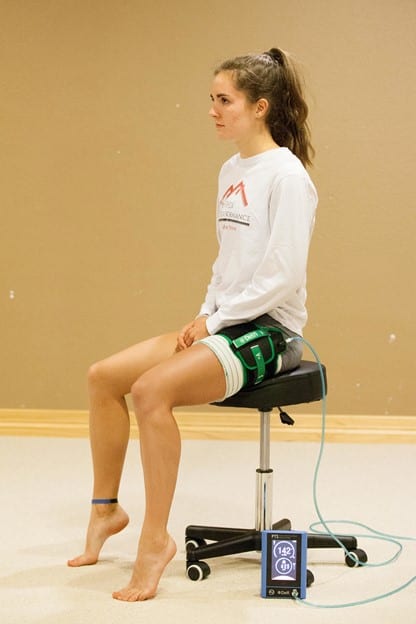