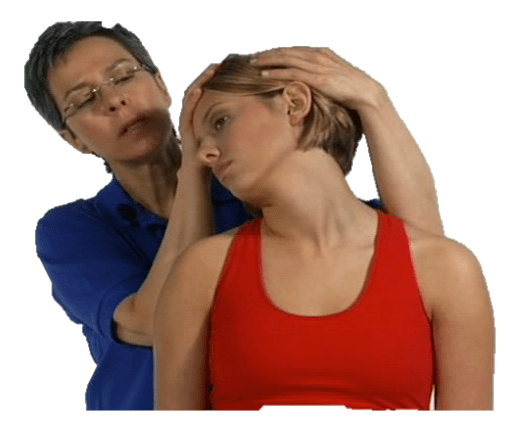 The outcomes were measured at baseline, immediately after treatment, and at a follow-up 48 to 72 hours after the initial treatment. The numeric pain-rating scale (NPRS) and the global rating of change (GROC) were used to measure the primary outcomes, which included neck and upper extremity pain and the patient-perceived changes in neck and upper extremity symptoms, respectively. Secondary outcomes included neck disability on the Neck Disability Index (NDI), cervical spine impairments (active ROM and deep neck flexor muscle endurance), and centralization of symptoms.

The study concluded that patients with cervical radiculopathy who received one session of upper and mid-thoracic thrust manipulation had improvements in neck pain, patient-rated disability, and cervical impairments (active ROM and deep neck flexor endurance) immediately and 48 to 72 hours following treatment, compared to those treated with sham manipulation. A greater amount of the patients who received manipulation also reported at least moderate positive change in their neck and upper extremity symptoms up to 48 to 72 hours following the initial treatment.

Cervical radiculopathy is a condition resulting from nerve root compression or irritation. This condition is most often attributed to a lesion of the nerve root secondary to cervical disc derangement or spondylosis (Wainner & Gill, 2000). Patient’s commonly present with neck and arm pain and may have accompanying motor or sensory deficits in the areas innervated by the affected nerve root. This condition is typically managed by physical therapists using a multimodal treatment approach including manual therapy (mobilization/manipulation), exercise, and cervical traction (Cross, Kuenze, Grindstaff, & Hertel, 2011). Some patients with cervical radiculopathy may be unable to tolerate cervical manual interventions, and thoracic manipulation may be another viable option.

The authors in this study mentioned that the sham manipulation may not have been an adequate control, and therefore a limitation. At the 48 to 72-hour follow-up time, 90% of the participants in the manipulation group believed they received the active treatment compared to those in the sham manipulation (57%, P= .01). It is important to acknowledge this disparity because of the influence it could play in patient expectations. The authors also mentioned that an audible cavitation was expected for a successful manipulation, and that a second would be performed if there was no audible. The authors did not specify if they had to perform more than one manipulation on any of the participants in the active manipulation group. However, they did specify that audible cavitations were recorded in 100% of the manipulation group compared to 0% that were recorded in the sham manipulation group. According to Sillevis and Cleland (2011), the presence of joint sounds does not contribute to reducing pain in patients with chronic neck pain following thrust manipulations (Sillevis & Cleland, 2011). However, sounds that accompany the manipulative treatments may result in a placebo effect, potentially influencing the overall results (Sillevis & Cleland, 2011). If a second manipulation attempt was required in order to get an audible, it makes me consider the effect placebo may have had on the results.

Thoracic spine manipulation as an intervention depends on appropriate clinical decision making and the realization that this technique is not a “fix-all” for patients with cervical radiculopathy. It should be emphasized that the literature supports the short-term effects of thoracic manipulation, but the importance of other interventions as well as an individualized treatment plan should not be minimized.