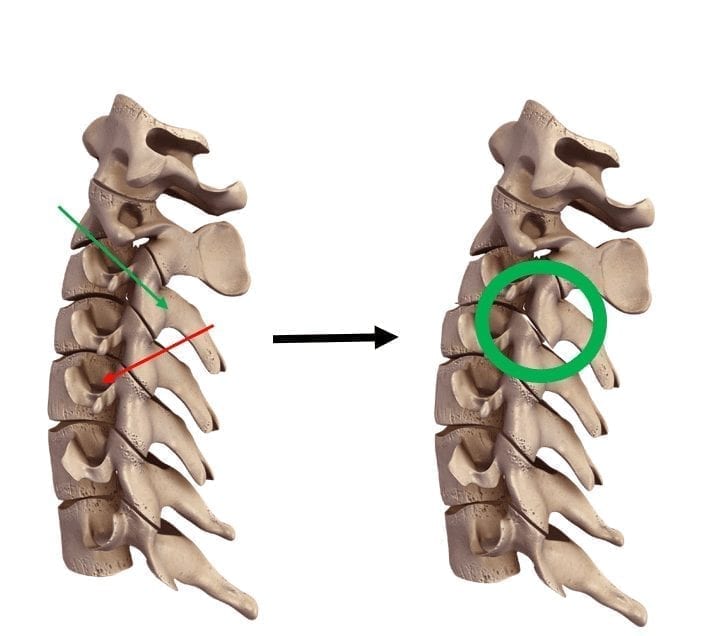 Research: Assess the effectiveness of cervical mobilizations applied to a subgroup of patients with neck pain who fulfil specific criteria.

Methods: Forty participants were divided into two groups (20 in each group): One group received mobilizations and the other group was the placebo group. Those who had a whiplash injury, were awaiting neck surgery, or had been diagnosed with an inflammatory disease or spinal condition were excluded. Prior to the mobilization or placebo procedure being performed, each patient was asked to complete the Neck Disability Index (NDI) questionnaire, draw their painful area and rate their pain using an 11-point numeric pain rating scale. In regards to the intervention, those in the mobilization group received a grade II-III segmental postero-anterior (Figure 1) and/or antero-posterior (Figure 2) mobilizations, which lasted for 10 minutes in supine where the therapist mobilized the transverse process. For the placebo group, the same hand position was used but no accessory motion was utilized. They located the level that received the mobilization by using clinical reasoning and targeted the same segment that reproduced the symptoms. Immediately before and after the intervention, 3D neck movement was measured during three repetitions each of neck flexion, extension, left and right rotation, and left and right-side flexion. 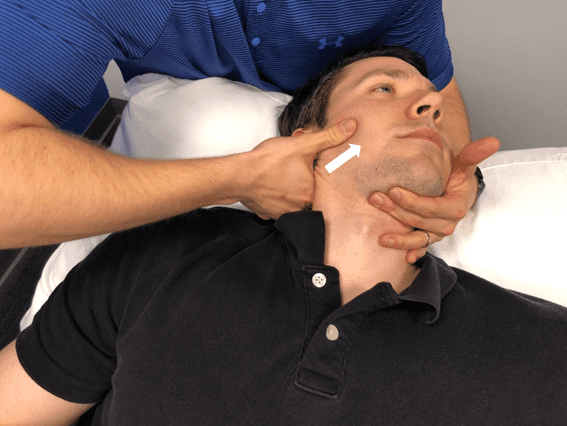 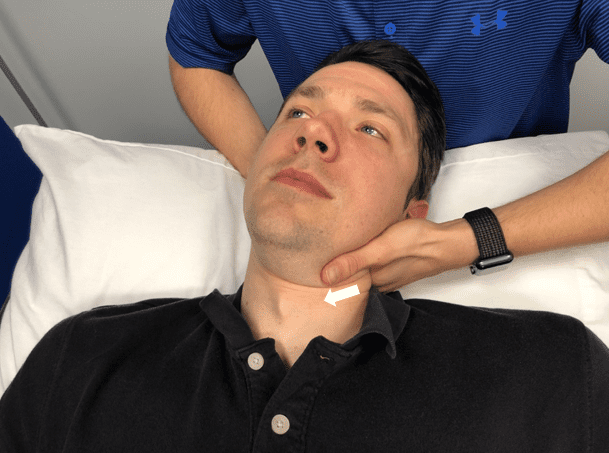 Figure 2: Downslope, anterior-posterior mobilization performed in this study. The therapist positions the head and cervical spine in right rotation and left sidebending. The direction of the mobilization with the therapist left hand is toward the opposite shoulder.

IAOM-US comments: Cervical mobilizations are a readily applied treatment to patients suffering from neck pain and limited mobility, but there may be a better alternative than the mobilizations that were used in this study. This study identified the segment to mobilize by using “clinical reasoning” and targeting the segment that reproduces the patients’ symptoms. However, the IAOM-US suggests using a segmental sidebending test (stabilizing caudal articular pillar and assessing cranial facet articulation through sidebend) to assess whether a joint is moving properly, hypomobile, or hypermobile. Clinical reasoning is always important but commonly the painful segment tends to be hypermobile. If we follow the algorithm presented in this study on which segment we should mobilize, we may be mobilizing a hypermobile joint causing further instability. This segmental testing respects the natural kinematic motion that occurs in the cervical facet joints, also known as coupled motion.1,2 In the cervical spine, we know that the coupled motion is three-dimensional and is ipsilateral in cervical disc segments (C2-7).5  We also know that coupled motions are stronger in sitting.1 With this knowledge, the IAOM proposes cervical mobilizations be performed in a seated position utilizing this coupled motion. In this study they used a grade II-III segmental postero-anterior and/or antero-posterior mobilization in the 45-degree orientation of the facet joints to provide neurophysiological impulse to the joint. However, with the mobilizations that the IAOM-US proposes, you reach the same neurophysiological impulse while simultaneously respecting the biomechanics of the facet joints to further stretch the joint capsule to enhance mobility and reducing pain by using grade II-III.,3,4 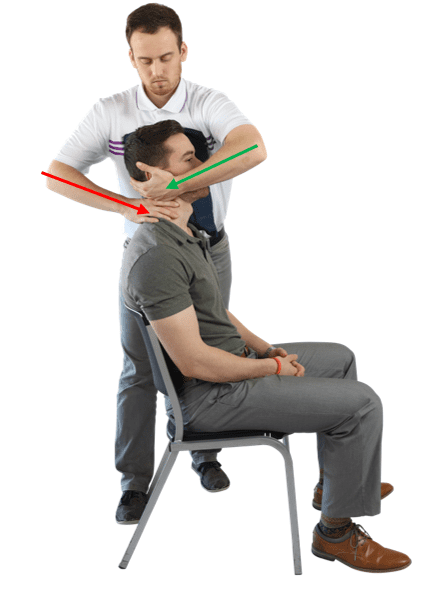 Figure 3: This image depicts a C3-4 extension mobilization to improve right rotation. The right hand of the physical therapist stabilizes C4 while the left-hand mobilization direction is posterior-inferior, away from the orbits.

igure 4: This image shows the articular process of C2 being mobilized into a dorsal-caudal direction while C3 is being stabilized to ensure the mobilization is targeted to C2-3 only. The mobilization is performed with respect to the 45-degree orientation of the cervical facet joints. 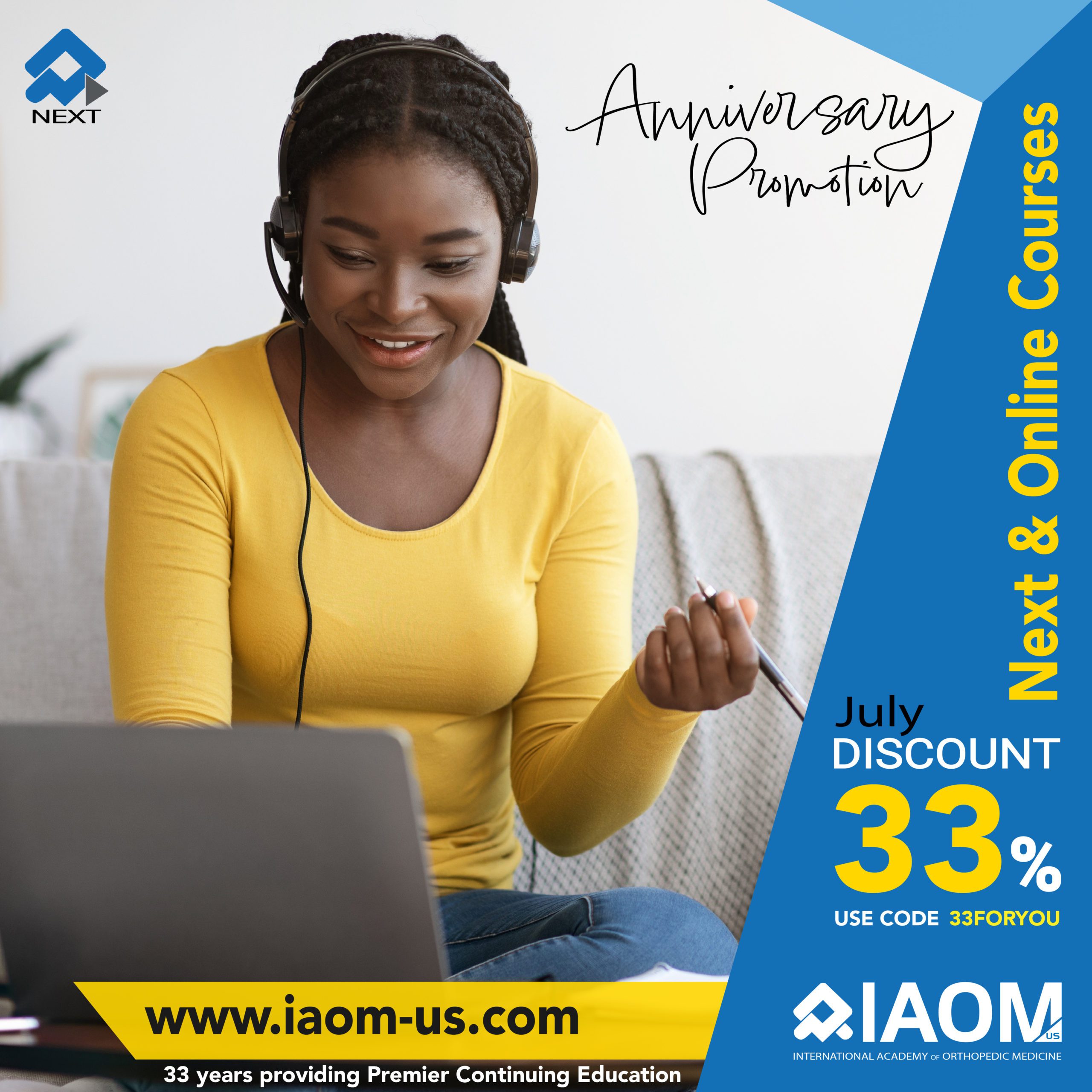