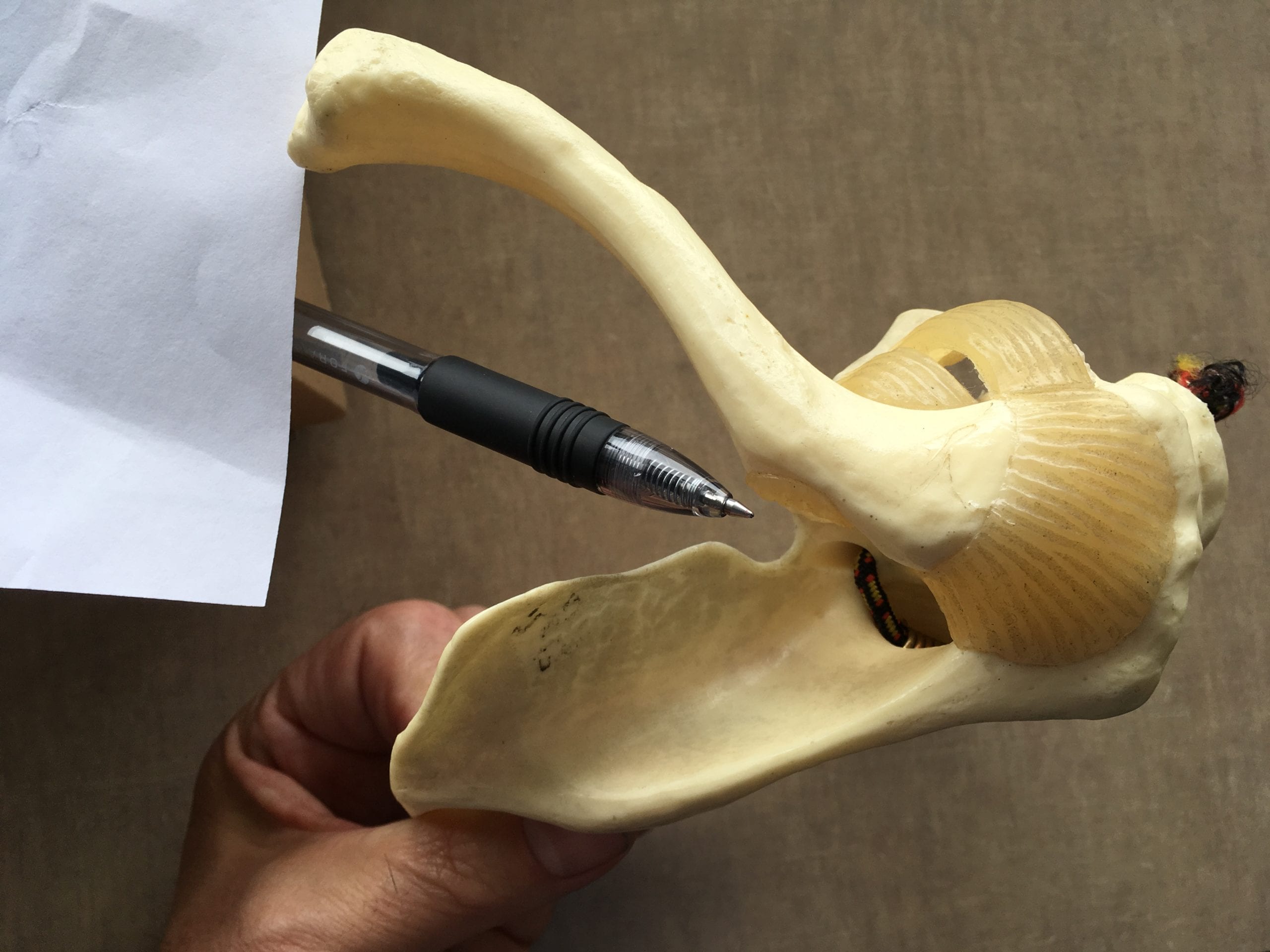 OBJECTIVES: The purpose of this case report is to describe a patient with suspected suprascapular nerve entrapment with its findings and associated deficits, in addition to treatment strategies which also included iontophoresis with Iontopatch.

CASE DESCRIPTION:  The patient is a 72-year-old right hand dominant male who presented with insidious “ache-throbbing-burning pain” in the posterior superior right scapular area with intermittent “throbbing pain” in the right medial scapula and when symptoms worsen the pain radiates into the right posterior shoulder and right posterior upper arm. In addition he noted a “weakness-jerking-slipping sensation” when he reached forward when holding a small object such as drinking a cup of coffee.

METHODS: The first visit included a conventional initial evaluation in which concluded suspecting primary suprascapular nerve entrapment with its explanation to the patient.  Treatment was initiated utilizing iontophoresis via Iontopatch, in addition to patient education encouraging tissue protection principles, gentle neural mobilization and the postural approach progressing into proper neuromuscular reeducation of the scapula and rotator cuff.

DISCUSSION: The combination of utilizing iontophoresis with dexamethasone via Iontopatch in an attempt to positively impact the lesion of the suprascapular nerve at the suprascapular notch, gentle neural mobilization and reeducation of the shoulder–scapular musculature may have all contributed to this patient’s successful outcome.

Entrapment neuropathies are a group of disorders of the peripheral nerves that are characterized by pain and/or loss of function (motor and/or sensory) of the nerves due to chronic compression, tension and sometimes systemic disorders.  Examples of causes for nerve entrapments include soft and bone tissue masses such as lipomas, cysts, repetitive motions, predisposing anatomical makeup, posture and body mechanics, trauma or injury, pregnancy, or systemic disorders such as rheumatoid arthritis.  Entrapment neuropathies result in impaired blood supply to the nerve and manifest symptoms including pain, paresthesia, burning sensation, tingling sensation, numbness, muscle weakness, muscle wasting, and impaired movement of affected muscle.7  The purpose of this case report is to review a suspected case of suprascapular nerve entrapment; a diagnosis that is often missed and discuss the manifestation, presentation, and treatment strategies for this case.

Anatomical and genetic predisposition are among the top risk factors for development of SSNE.  Tight or narrow suprascapular notch types increase the risk of development of SSNE due to the decreased space for nerve mobility.5,6,7,8,9  Males have a higher prevalence of this suprascapular notch type, and are 3-4x more likely to suffer from SSNE.5  Having a broad bifid or ossified superior transverse scapular ligament also place individuals at a heightened risk for pathology.4  Lastly, the presence of an anterior coracoscapular ligament is occurs in 19-60% of the population, and further crowds the available space in the suprascapular notch.10

Patients with SSNE will typically present with chronic and dull pain to the superior and posterolateral aspect of the shoulder, often with pain radiating to the neck or lateral arm.  The patient can also complain about weakness, loss of function of the involved upper extremity, and atrophy of the muscles of the shoulder.3,7  The gold standard for the diagnosis of SSNE is electromyography and nerve conduction velocity studies.3  Computed tomography is useful for visualizing pathological entities in soft tissues, and magnetic resonance imaging for bony tissues.  A skilled clinician can also use a suprascapular nerve-bias stretch test described by Lafosse and later Butler whereas the patient lies supine and laterally flexes head away from involved extremity, then the therapist horizontally adducts the shoulder and manually protracts and retracts the scapula.  The test is positive if burning pain is reproduced.3

Treatment for SSNE includes conservative or surgical treatment options.  Conservative management includes activity modifications to work or sport, assessing adjacent joint mobility, addressing body mechanics and posture, neuromuscular reeducation and strengthening of the rotator cuff muscles, and suprascapular nerve blocks.3,7,9  Surgical management includes the release of the superior transverse scapular ligament or the anterior coracoscapular ligament, and the removal of cysts.  For acute cases of SSNE, conservative treatment often produces desired results.  Cases that are six months or longer in duration are considered chronic and do not typically respond as well to conservative management.3,7

PATIENT HISTORY AND REVIEW OF SYMPTOMS

The patient is a 72-year-old right hand dominant white male with referral from his PCP for right shoulder pain.  He is retired, and reports being active at home and in the community. He states that he must sleep on his right side due to his wife’s CPAP machine “blowing in my face” if he attempted to sleep on his left side.  The patient reports he is generally healthy with a recent diagnosis of an inguinal hernia which he was planning to have surgically repaired within the next few months.  He states he has smoked tobacco for greater than 10 years and that he occasionally drinks alcoholic beverages.  When asked about his physical activity level he reports it is limited to his hobbies, taking care of his home, and tending to his property.  His hobbies include yard work and filming family functions. He enjoys hunting and frequently shoots rifles with the stock against his involved shoulder; in addition he frequently reloads his own bullets-shells levering down hard with his right upper extremity.   His past medical history includes bilateral knee replacements in 2012, mixed hyperlipidemia in 2017, plantar fascia syndrome in 2017, benign prostatic hyperplasia with lower urinary tract symptoms in 2017, and current abdominal wall hernia.  He reports no significant family medical history. Current medications include Meloxicam, Simvastatin and Vitamin D. No imaging or electro-diagnostic studies.

States insidious gradual onset approximately 1 year ago with “very minor soreness” located in the right posterior superior scapular region in which he began to notice his right hand–arm would “quickly jumped out about an inch” when drinking his mug of coffee. Reports significant insidious gradual worsening of his pain, weakness and function in the last 3-4 months.   He denies any prior history of right upper extremity pain or trauma.  Denies prior throwing–racquet sports when he was younger. 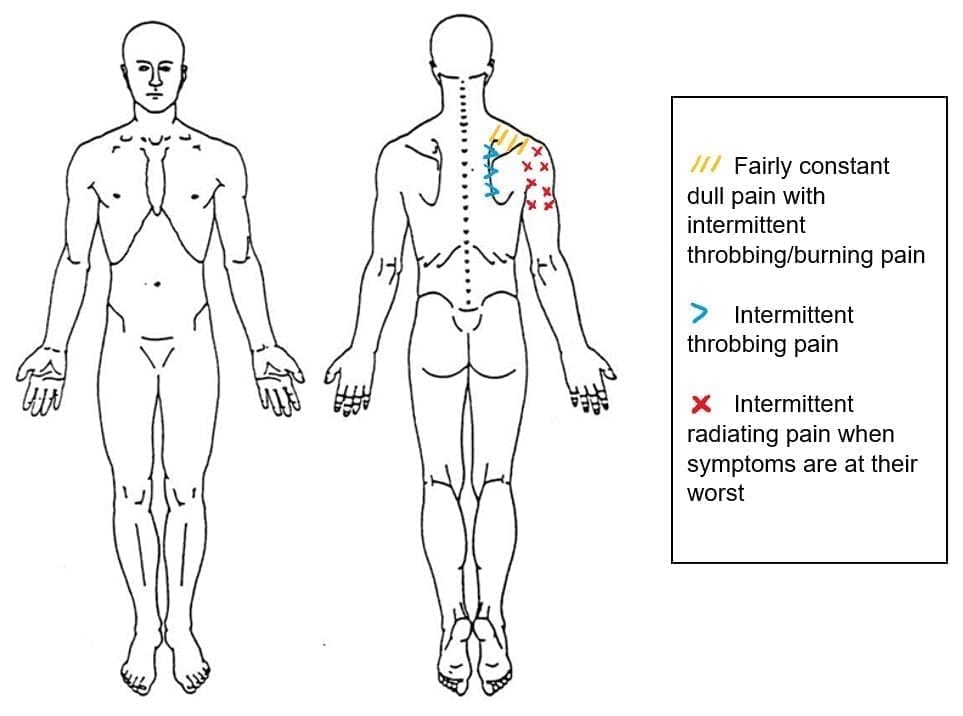 Utilizing the Upper Extremity Functional Index (UEFI) this patient initially rated a score of 64/80.  He noted he had significant difficulty lifting a bag of groceries overhead and opening a jar.  He had moderate difficulty performing usual housework, hobbies, recreational activities, and throwing a ball.  He had slight difficulty with pushing up on his hands from a chair, vacuuming and raking, using tools and appliances, and cleaning.

Proposed Mechanism of Onset for Symptoms 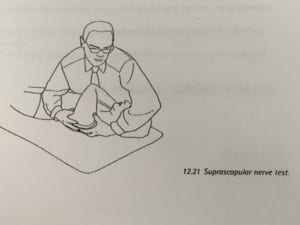 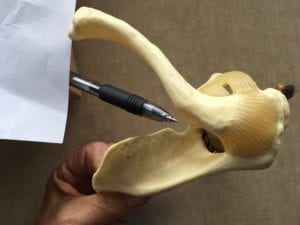 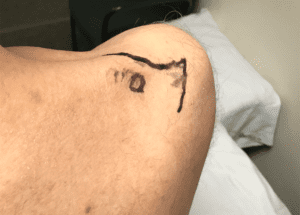 Figure 3 Sensitive area over the suprascapular notch area from above 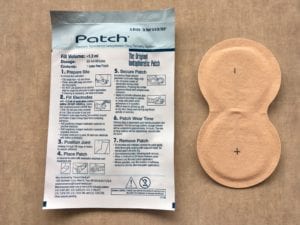 Unfortunately 2 days later he presented with increased “dull ache again” 3-4/10 with “no burning pain” and reported his 80% improvement level had decreased to approximately the 40% improvement level since the initial treatment session. States he had lost some control of his arm and was compensating drinking his coffee with more of an initial adduction moment of his arm than he did just several days ago. However patient stated 2 days prior later in the day, he lifted two 50 pound bags of corn to waist level, and also leaf-blowing with his right arm. However neither of these activities provoked his symptoms at that time until the next day. Thus we regressed from treatment progression and returned to Iontopatch, and 5 days later he reported he had recovered to the prior 80% improvement level with ache more intermittent and less “jerkiness” again. W thus were able to gently progress his program again including continued Iontopatch the next 2 sessions that week.

When patient was last saw approximately one week later at treatment session #8, he reported no further pain and no further “jerking” when drinking his coffee. He reported maintaining approximately a 95% improvement overall in pain and function since initial appointment at light to moderate activity level. Stated he was still experiencing some pain when lying on his right side, however stated he had switched to the left side of the bed to avoid his wife’s CPAP machine and was now able to lay on his left shoulder without pain in order to avoid aggravating his right side.

Followed up with patient on phone approximately 2 weeks later and he reported he was very pleased with his right shoulder outcome and was still reporting at least a 95% improvement in pain and function since initial appointment at light to moderate activity level.  Stated he no longer slept on that shoulder and that he could easily bring a cup of coffee to his mouth without the unexpected–involuntary “jerking” away from his mouth.  Reported the “grinding–creaking” of the shoulder in these positions had also moderately improved. He ultimately requested discontinuing therapy and felt as though he could continue to manage his condition independently.  The patient was willing to complete a full Upper Extremity Functional Index (UEFI) over the phone and scores resulted in a 77/80, a 13-point improvement which is clinically significant.11 Areas of difficulty on the UEFI included moderate difficulty opening a tight jar, and minimal difficulty carrying a suitcase with his affected limb.  Objective measures of strength, tenderness to palpation, and nerve-bias tension test per Butler were unable to be retaken secondary to patient request to discontinue therapy over the phone.

Unfortunately, no radiographic imaging was performed which did not allow for identification of suprascapular notch type, superior transverse scapular ligament type, or presence of anterior coracoscapular ligament.  Due to the patient’s gender, it is plausible that he might have the predisposing factor of a narrow suprascapular notch.  Although nerve conduction velocity testing was unavailable, a positive suprascapular nerve-bias stretch test was able to rule in the possibility of suprascapular nerve entrapment.  For this patient, conservative management appeared to be very effective for decreasing symptoms and increasing function.  The patient reported that education about his pathology and activity modification was most helpful for his recovery.

Although not mentioned in the current literature, iontophoresis appeared to be very effective at reducing pain and inflammation in the early treatment sessions for this individual despite this nerve not being a traditionally treated superficial tissue.  Iontopatch (Travanti Medical) claims their patented technology for delivering iontophoretic medication utilizing electrode coatings with very low voltage of (1 volt) over an extended 12-14 hour period of time permits a significant decrease in tissue warmth, resulting in deeper and more local penetration of the medication molecules, and significant less absorption of the medication into the bloodstream.

Recommendations for identifying suprascapular nerve entrapment include awareness that subjective reports of burning can indicate neural involvement.  Careful attention should be paid to subjective reports of provocative shoulder protraction and horizontal adduction in the absence of acromioclavicular pain, as these positions can increase tension of the suprascapular nerve.  Recommendations for future research include investigating the effectiveness of iontophoresis for symptomatic pain relief at the suprascapular notch, effectiveness of conservative management of specific therapeutic exercises of the shoulder girdle, and utilization of nerve-bias stretch tests for patients with suprascapular nerve entrapment pathologies.

Financial disclaimer: Neither author has any financial interest whatsoever in Iontopatch or Travanti Medical.

This website uses cookies to improve your experience while you navigate through the website. Out of these, the cookies that are categorized as necessary are stored on your browser as they are essential for the working of basic functionalities of the website. We also use third-party cookies that help us analyze and understand how you use this website. These cookies will be stored in your browser only with your consent. You also have the option to opt-out of these cookies. But opting out of some of these cookies may affect your browsing experience.
Necessary Always Enabled

Any cookies that may not be particularly necessary for the website to function and is used specifically to collect user personal data via analytics, ads, other embedded contents are termed as non-necessary cookies. It is mandatory to procure user consent prior to running these cookies on your website.