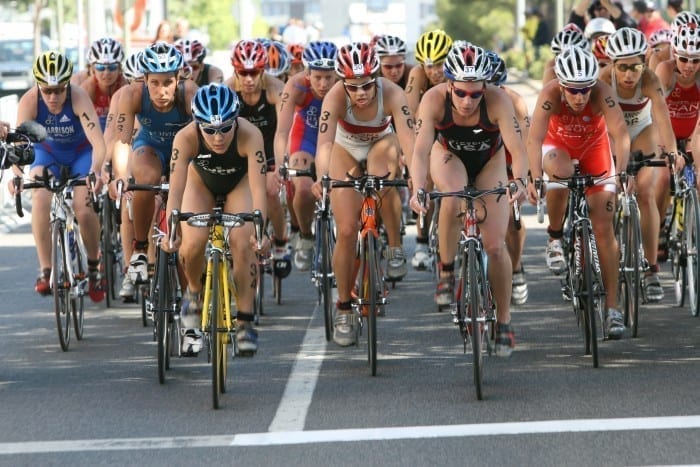 Cuboid syndrome is a minor disruption or subluxation of the structural congruity of the calcaneocuboid portion of the mid-tarsal joint, which can irritate the joint capsule, ligaments, and peroneus longus tendon.  Cuboid syndrome may develop due to increasing body weight, training on uneven terrain, and inversion ankle sprains. Cuboid syndrome has been linked to plantar flexion and inversion ankle sprains; however no current literature has looked at cuboid hypomobility in association with distal iliotibial band (ITB) syndrome.  Hypomobility or hypermobility of the calcaneocuboid joint may lead to altered mechanics more proximally in the kinematic chain (Figure 1).

Diagnostic tests may not be useful in diagnosing cuboid syndrome as transient symptoms or minor mobility changes may lack signs of disruption such as effusion or edema.  Diagnosis should be based on a thorough subjective history and physicalexamination.  Dysfunctional joint motion is best appreciated through passive motion ests of osteokinematic and arthrokinematic motion.  Additionally, observation of provocative motions or activities should be assessed.  In this case presentation, symptoms were exacerbated during specific phases of gait. Cuboid motion during theait cycle should progress from pronation, or plantar movement, at heel strike and initialloading, to supination, or dorsal movement, during heel rise to toe off.  If the cuboid lacks supination mobility throughout the gait cycle, this would likely cause excessive hindfoot pronation transmitted through the calcaneocuboid joint. 3  Abnormal pronation of the subtalar joint may cause increased internal rotation of the tibia, ultimately increasing tension on the ITB at its insertion.  As the knee flexes and internally rotates, the ITB compresses against the femoral condyle potentially leading to increased risk of irritation to the fat pad found between the ITB and lateral epicondyle.

The 24 year-old female runner was first referred to physical therapy by her primary care physician with primary complaint of acute onset pain over the lateral femoral condyle and at Gerdy’s tubercle.  Subjective history included several probable causative factors including an increase in biking/running mileage and an abnormal landing from a stepstool the evening before her pain onset.  Symptoms started the next day during the first minutes of her run and she was unable to complete the work out.The patient exhausted conservative treatment for iliotibial band syndrome (ITBS) overthe course of three years, including treatment by multiple physical therapists, a local corticosteroid injection to the distal ITB insertion, and two trials of prolotherapy injections.  A fourth attempt of physical therapy by the author of the study included extensive subjective questioning, which revealed history of multiple ankle sprains andcuboid subluxations.  This information, with the patient’s history of unsuccessful treatment to the ITB, shifted the focus to the kinetic chain’s influence from the ground up.

At the onset of this final round of physical therapy, the patient presented with a lower extremity functional scale (LEFS) score of 93%.  Pain was rated on the numeric pain rating scale (NPRS) as 0/10 at rest, 3/10 after running two miles, which quickly increased to 6/10 over the lateral femoral condyle and Gerdy’s tubercle.  Pain was most exacerbated at 7-8/10 if running on the beach or performing lunges or squats.

All knee examination findings were negative including special tests for the capsuloligamentous structures, meniscus and the patellofemoral joint.  In weight bearing, the patient was observed to have reduced midfoot active pronation and supination, and reduced cuboid internal and external rotation compared to uninvolved side.  Passive midfoot pronation and supination were pain free and limited with pronation greater than supination.  Passive accessory motion of the cuboid revealed decreased plantar mobility more than dorsal mobility.  Bilateral and unilateral heel raises showed decreased midfoot supination on the involved side.  The tissue specific impairment and physical therapy diagnosis was hypothesized to be a hypomobile cuboid with plantar stiffness greater than dorsal stiffness.

The cuboid whip technique was performed to improve mobility at the calcaneocuboid joint.  The patient was positioned in prone with the mid-tarsal joints at the end of the table.  The manipulation is performed by first placing the thumb on the plantar surface of the cuboid and index fingers on the dorsal/ lateral side of the foot. The thumb and index finger are along a diagonal line relative to the plantar surface of the foot in a dorsal and lateral direction (Figure 2).  The knee is flexed to approximately 70° and the ankle is dorsiflexed to approximately 0°.  The thrust is performed by passively extending the knee and simultaneously plantar flexing the talocrural joint, with a rotational force applied via the thumb placement on the plantar aspect of the cuboid and a rotation of therapist’s trunk (Figure 3).

Re-evaluation of passive accessory mobility of the mid-tarsal joint after cuboid manipulation was found to be symmetrical to the opposite side. The manual therapy treatment was followed with active range of motion of midfoot pronation and supination for 3 sets of 12 repetitions.  Further follow up treatment included 3 sets of 12 repetitions of manual neuromuscular re-education for pronation and supination in supine.  Concentric manual resistance for midfoot pronation was provided with pressure on the medial plantar aspect of the mid-tarsal joints and counter pressure on the dorsal lateral aspect of the calcaneous.  This was followed by an eccentric resistance into mid-tarsal supination with manual resistance on the dorsal mid-tarsal surface and a counter force on the plantar medial aspect of the forefoot (Figure 4).

The patient was able to run four miles that evening over even terrain with no local pain at the ITB insertion.  The patient reported minimal post-run pain and soreness over the cuboid; these symptoms fully resolved after two weeks of running. At the time of discharge, the patient had full passive mobility of the mid-tarsal joint.  The patient was seen for a total of three treatment sessions, including the evaluation with treatment, followed by two sessions for neuromuscular reeducation.  She met long-term goals for running pain-free for 3-4 miles, 3-4 days per week and 5-6 miles, 1-2 days per week within 4 weeks of initial treatment.  At discharge, LEFS score was 100%. The patient was able to successfully complete two half marathons within the next four months.

This case report provides preliminary evidence that calcaneocuboid dysfunction can cause symptoms remotely at the lateral knee.  In this case, it appeared the pain at Gerdy’s tubercle was masquerading as the primary dysfunction as a result of painless hypomobility at the cuboid.  The effects of the mobilization are proposed to be biomechanical in nature rather than neurophysiological due to the lack of pain or tissue reactivity in the mid-tarsal joint.  The authors propose that a hypomobile cuboid should be considered as a potential impairment if a patient presents with insertional ITBS.  The primary limitation of this case report is the lack of objective passive and active measurements of the mid-tarsal joint.

This case report emphasizes the importance of strong clinical diagnostic skills when evaluating potential contributing factors to a patient’s symptoms.  The patient was repeatedly evaluated and treated for local pain complaints at the lateral knee, including multiple unnecessary and ultimately ineffective medical procedures, with little success. This represents a good example of the consequences of increasing dependence on diagnostic imaging, when a thorough patient history, clinical exam and clinical reasoning may be more effective to assess underlying causative factors to a patient’s presentation. The IAOM-US proposes an alternative method of the cuboid whip manipulation from the technique used in this case report.  The therapist in this case report has added a rotational component to promote dorsal mobility of the cuboid.  The method demonstrated next uses a straight posterior to anterior force.  This method is often utilized to mobilize a cuboid that has subluxed or dislocated plantarly following an inversion ankle sprain.

The patient lies prone with feet and ankles off the edge of the table.  The cuboid bone is identified distal to the calcaneus on the lateral side of the foot.  Thumbs are placed on the cuboid bone and web spaces are utilized to control foot motion.  The knee is flexed to 70° and ankle is fully dorsiflexed (Figure 5).

The manipulation is performed with high velocity thrust through movement toward knee extension and ankle plantarflexion, maintaining pressure on the cuboid to create the manipulative force (Figure 6).

As discussed in the article, results of the manipulation will be best maintained with follow up range of motion, strength, and neuromuscular re-education to retrain the sensorimotor system.