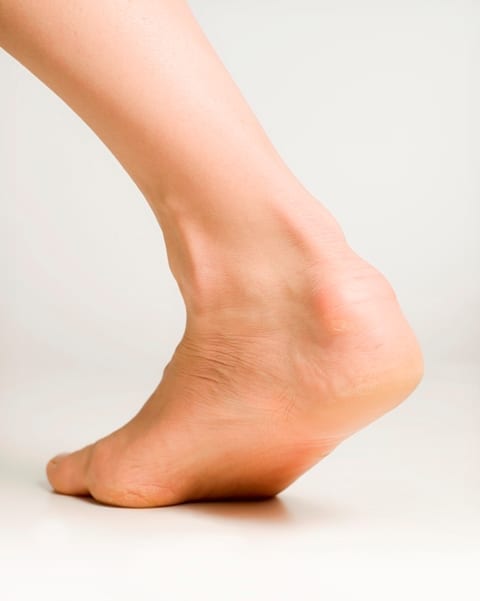 Recurrent ankle sprains and repetitive episodes of “giving way” have been described as chronic ankle instability (CAI).  CAI is thought to be related to ligamentous and soft tissue damage to the lateral ankle structures and is further confounded by altered muscle activation, decreased range of motion (ROM) and balance deficits.  Decreased dorsiflexion (DF) ROM due to altered joint arthrokinematics may adversely affect running biomechanics in individuals with CAI, leading to an increased risk of re-injury.  Joint mobilization or manipulation of the proximal tibiofibular joint (PTFJ) or distal tibiofibular joint (DTFJ) may offer the ability to restore arthrokinematics and improve function.  The purpose of this study is to determine whether a proximal or distal tibiofibular manipulation would improve ankle DF ROM and functional outcomes over a 3-week period.

Forty-three participants with CAI volunteered and qualified to participate in a randomly assigned treatment group of 1) PTFJ manipulation, 2) DTFJ manipulation or 3) no treatment (control).  CAI was defined as a history of at least 1 ankle sprain and additional episodes of ankle instability (giving way), as well as a score of at least 85% on the Foot and Ankle Ability Measure (FAAM) sports subscale or at least 3 on the modified Ankle Instability Instrument.

Additionally, all participants had to have an ankle DF ROM deficit of at least 5 degrees in weight bearing (Figure 1)compared to the opposite side.  Additionally, participants completed the BESS foam test (Figure 2) and the step-down test (Figure 3).  Individuals were not allowed to participate if they had a lower extremity injury or surgery within the past 6 months (including lateral ankle sprains), diagnosed ankle osteoarthritis, or current pregnancy.

After baseline data were gathered, participants were assigned to 1 of 3 experimental interventions: proximal tibiofibular manipulation (Figure 4), distal tibiofibular manipulation (Figure 5) or no treatment (control).  They then received one of the randomly assigned interventions three times during a three-week period.  Post-test measures were taken in the same manner as pre-test measures.  Investigators performing the test were blinded as to which intervention subjects received.

No significant differences were found between any of the subject group demographics.  A significant increase in DF was identified in all three groups during post-testing.  There was no significant difference between groups in functional testing. The use of a proximal or distal tibiofibular joint manipulation in isolation did not enhance outcome effects beyond those of the control group.  The increases of ankle DF in all three groups may be due to practice effects associated with testing.

This article explores the idea that a PTFJ or DTFJ manipulation may improve DF ROM status-post plantarflexion/inversion (PF/INV) trauma, which may in turn prevent re-injury to the lateral structures of the ankle.  Athletes lacking full DF may compensate during the landing phase of running by pushing off too quickly during the midstance to push-off phase of gait.  Pushing off too quickly may force the athlete to plantarflex and invert abruptly and place too much stress on the lateral structures of the ankle.  Ankle DF limitations may be due to a hypomobility within the TaloCrural Joint (TCJ), PTFJ or DTFJ.

This article explores the mechanics of the PTFJ and DTFJ mobility with DF.

In the IAOM-US course, Clinical Examination and Manual Therapy of Ankle and Foot, the PTFJ is said to belong anatomically to the knee, but functionally to the ankle/foot.  Rotating about an oblique axis, the PTFJ glides inferiorly and posteriorly during PF/INV and the DTFJ glides inferiorly and anteriorly during PF/INV.  After a lateral ankle sprain, the fibula may become locked posteriorly at the PTFJ, lending to pain and limitation with DF in WB.  The PTFJ may also become hypermobile during after a plantarflexion-inversion trauma at the ankle; this may in turn produce an increase in fibular head movement and then lead to a peroneal nerve compression injury.  Individuals with a peroneal nerve injury may complain of paresthesias and/or pain in the anterior lateral lower leg.

The mobilization for the PTFJ described in this article is different than that practiced by the IAOM (Figure 6).  In the instance that the PTFJ presents as hypermobile after the mobilization technique, taping techniques may then be used to help stabilize (Figure 7).  The IAOM also emphasizes the importance of testing the joint mobility prior to mobilization/manipulation.  Joint mobilizations and manipulations are only performed if the joint is hypomobile.  The IAOM does not describe a technique to mobilize the DTFJ.

The study mentioned in this article explores the effects of a PTFJ or DTFJ mobilization to increase ankle DF.  However, DF limitations may also occur due to gastrocnemius tightness, hypomobile TCJ and/or malpositioning of the tibia in relation to the talus.  These 3 alternative problems would be treated differently.  The gastrocnemius may be treated with stretching and massage techniques.  A hypomobile TCJ may be treated with joint-specific treatment techniques.  Because the anterior talofibular ligament (ATFL) keeps the tibia from sliding backward on the 10 degree declination of the talus, chronic ankle sprains will often lead to ATFL’s inability to maintain this neutral position.  The tibia will then be positioned further behind on the talus.  Individuals with this malpositioning will often have normal DF ROM in NWB but limited in WB due to the compression of the talus against the tibia.

Another limitation of this study may be the fact that the PTFJ and DTFJ were not evaluated for joint play before mobilization.  A joint that is not hypomobile will not benefit from mobilization or manipulation and may actually adversely affect recovery.  In the future, it may be beneficial to explore other treatment avenues to compare to the PTFJ and DTFJ instead of no treatment at all.