Spt Abstract – THE EFFICACY OF MANUAL THERAPY AND EXERCISE FOR DIFFERENT STAGES OF NON-SPECIFIC LOW BACK PAIN: AN UPDATE OF SYSTEMATIC REVIEWS 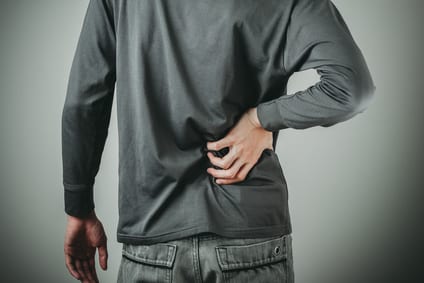 This systematic review was performed to further understand and update common knowledge of the efficacy of different manual therapy techniques of non-specific low back pain during different stages of the healing process. Therefore, the review was split into two groups; Acute and subacute in one category indicating onset of symptoms less than or equal to twelve weeks and chronic indicating symptom onset longer than twelve weeks. Because the aim of the review was to update common knowledge, the inclusion time frame of each randomized controlled trial used was between January 2000 and April 2013. The process of obtaining articles of review was conducted by two reviewers within MEDLINE, Chochrane-Register-of-Controlled-Trials, PEDro, and EMBASE with inclusion of ages eighteen to sixty years old, single or double blind study design, and low back pain treatment intervention compared to no, placebo, or alternate effective treatment. Low back pain quality inclusion was determined by the Quebec-Task-force categories one through three; Low back pain alone, low back pain radiating to the thigh but not extending below the knee, and low back pain with nerve root pain lacking neurologic deficit respectively. Three hundred and six studies were reviewed and narrowed by inclusion criteria to fifty-six, then further reduced to twenty-three which were determined to be at a low risk for bias with high to moderate quality, and finally reduced to eleven which presented new or updated evidence. The manual therapy treatments observed were in subgroups of lumbo-pelvic manipulation with high velocity low amplitude thrust, non-thrust lumbo-pelvic mobilization and soft-tissue technique, a combination of the two mentioned, a combination of the first two mentioned with general or specific exercise, and usual medical care involving education, activity, and medication.

The consensus of five of the eleven studies suggested that for the acute and sub-acute category manipulation compared to sham/placebo manual therapy had a clinically relevant reduction of pain. Mobilization and manipulation with universal medical care compared to universal medical care alone had clinically relevant reduction of pain.

Within both categories of low back pain, it cannot be assumed these reductions of pain will be clinically relevant during long term intervention greater than one year. It can also not be assumed that the reduction in pain will cause overall psychosocial and overall health improvements.

As stated in the review, back pain will effect an estimated 80% of the population during their lifetime. This percentage, review, and mission of the authors are relevant to my future career as a licensed physical therapist. Of my own generally narrowed perspective of clinical experience, I have had the opportunity to learn from equally qualified instructors within an outpatient setting of which low back pain was a largely portioned diagnosis. My observation and reflection regarding my experiences was that when manual therapy was utilized as a treatment tool, there appeared to be superior pain and functional outcomes as well as patient perception that therapy was worth their time and resources. This review supports my observation and will directly influence my future clinical judgment and management of low back pain. I will have greater confidence that I am truly practicing a skilled intervention that will provide relief from this debilitating condition as opposed to mere perception that what I am doing is making a difference giving relevance to my career and decision making process. Having said this, It is my belief that the entire continuum of patient centered care should never be viewed as a single dimension/variable and instead viewed as a holistic and multidisciplinary approach. In an article titled Its time for change with the management of non-specific chronic low back pain Peter O’ Sullivan expands on this ideation supporting more aggressive intervention of understanding the patient’s social risk factors and states firm support of the biopsychosocial model compared to the patho-anatomical approach during treatment of non-specific low back pain. Perhaps greater pursuit of emotional factors will provide/attribute to long term success not suggested by the systematic review in question.